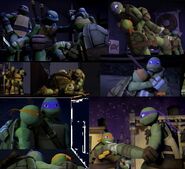 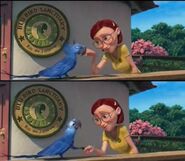 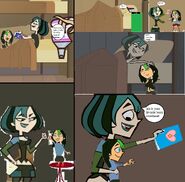 Earlier on, Vanellope jumps up to fist-bump Ralph... whose fist is nearly as big as her.